Generating an app is the process that actually creates the real application which will run on your device.
Generate compiles the source code to create a binary file .ipa for iOS and .apk for Android.

To generate an application, you have to be in the Studio - under the Develop tab -.
The Select the 'Generate' button. 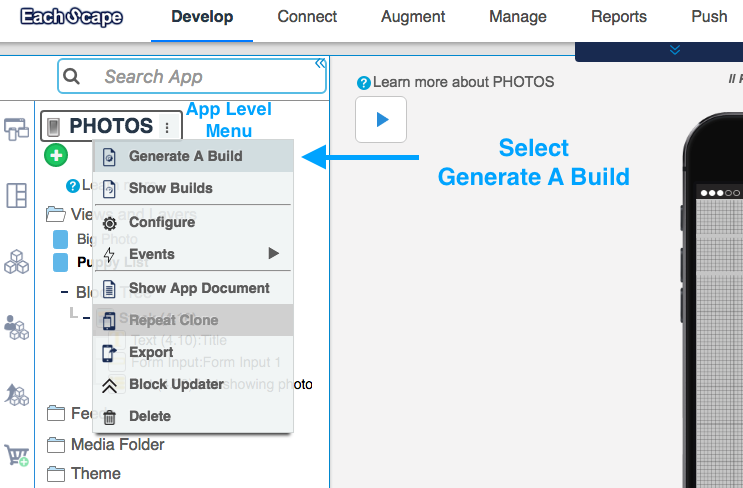 Once you have selected 'Generate'  you will be presented with the different Generation Targets: 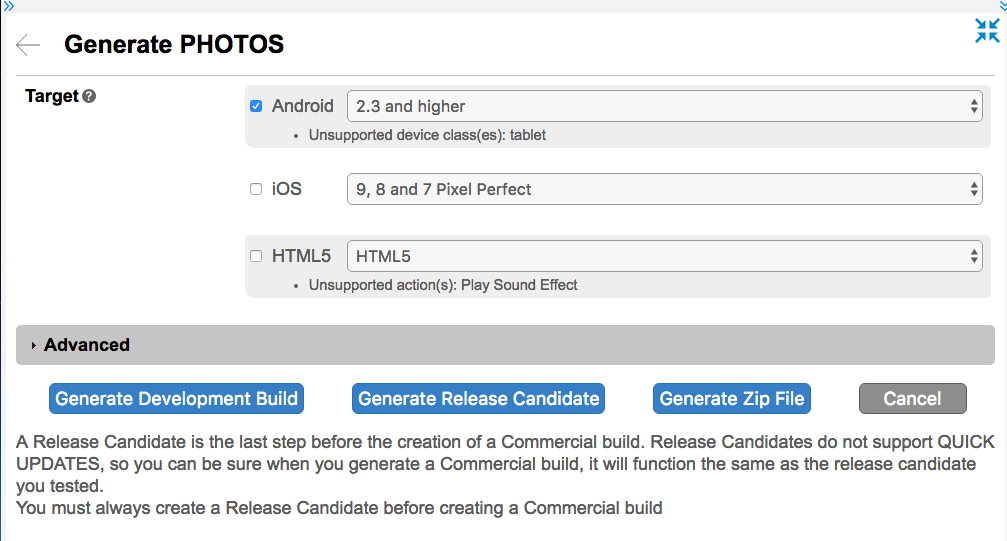 Some version of Android cannot be covered with one single Generation.
This is why you have more than one Android Target.

You are ready to go to Next Step

This is an Apple requirement.

It is a bit more demanding yet is needed to generate and install an app on an iOS device.

Before you can Generate your app (create the binary file) you will need to make sure you have:

Select the 'HTML5' check box on the Generation page.

Like for iOS or Android, the HTML generation will create a QR code and a bit.ly link to install your app.

If your goal is to create an HTML app for production, EachScape offers solution to Publish WebApps.

Once you have launched the Generation you won't be able to work on your app for few minutes and will see a message like this: