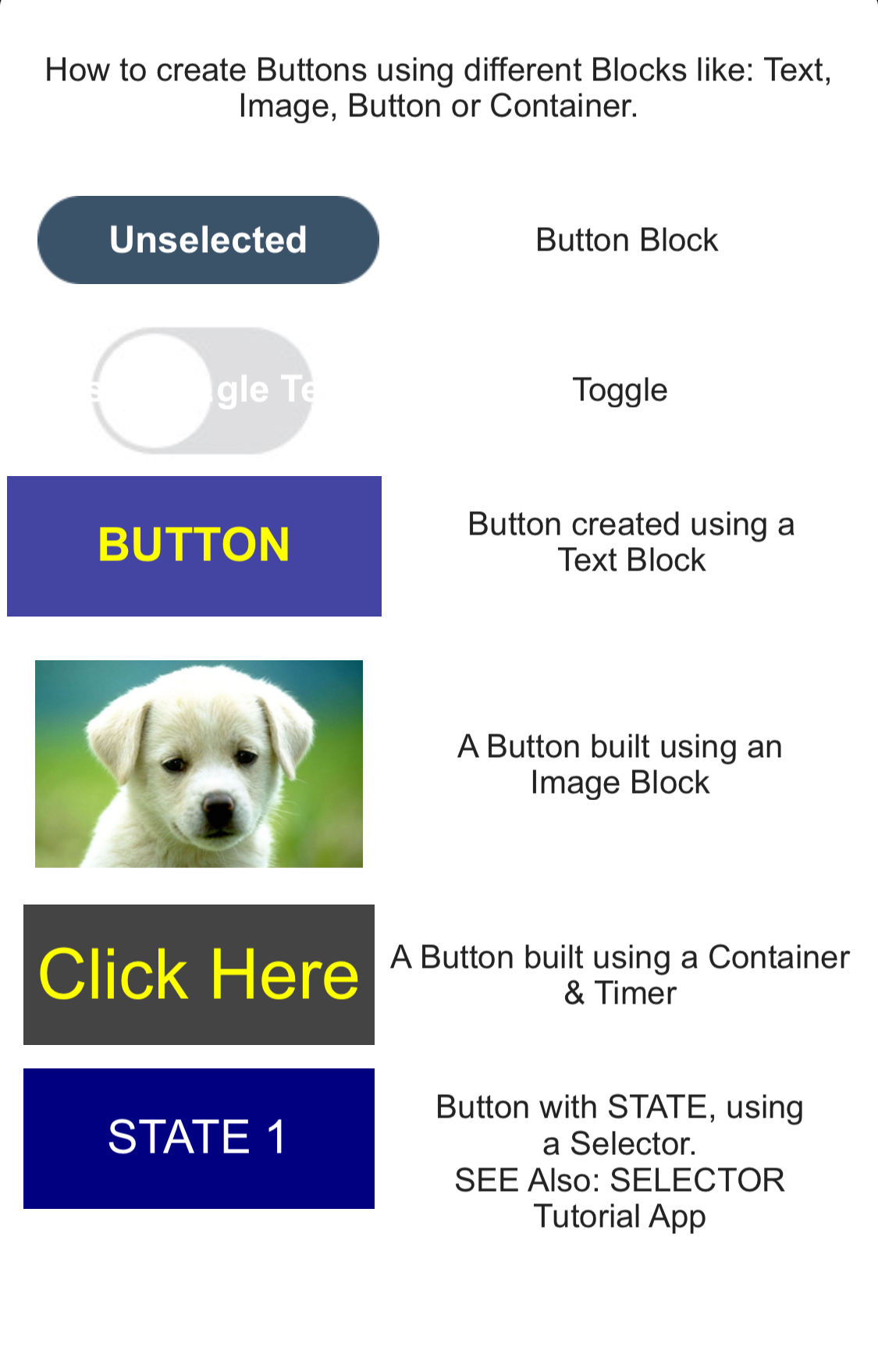 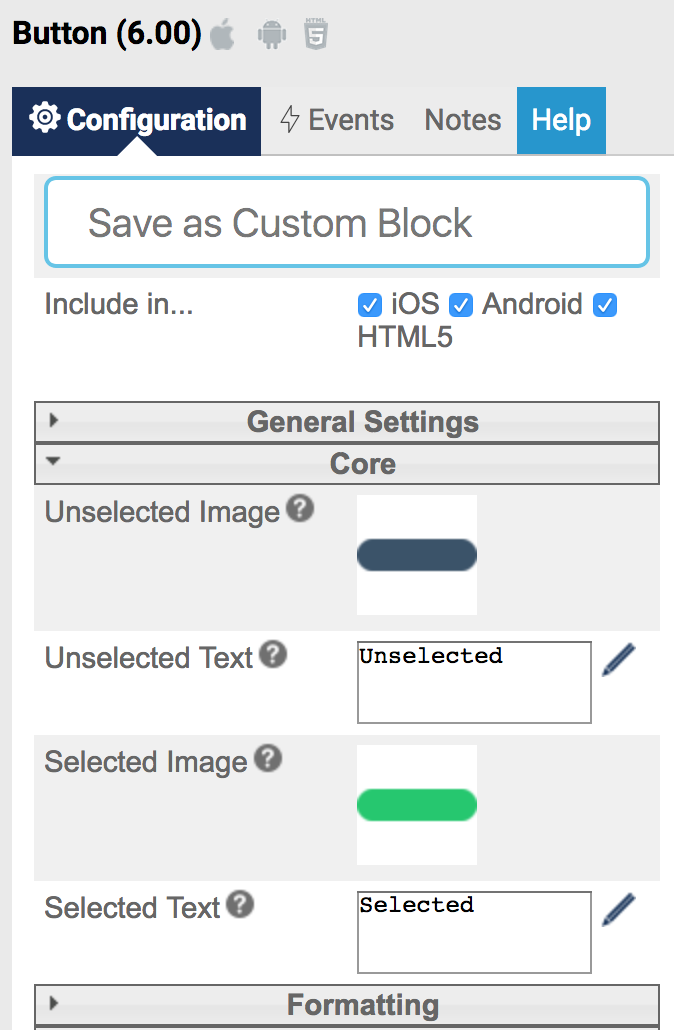 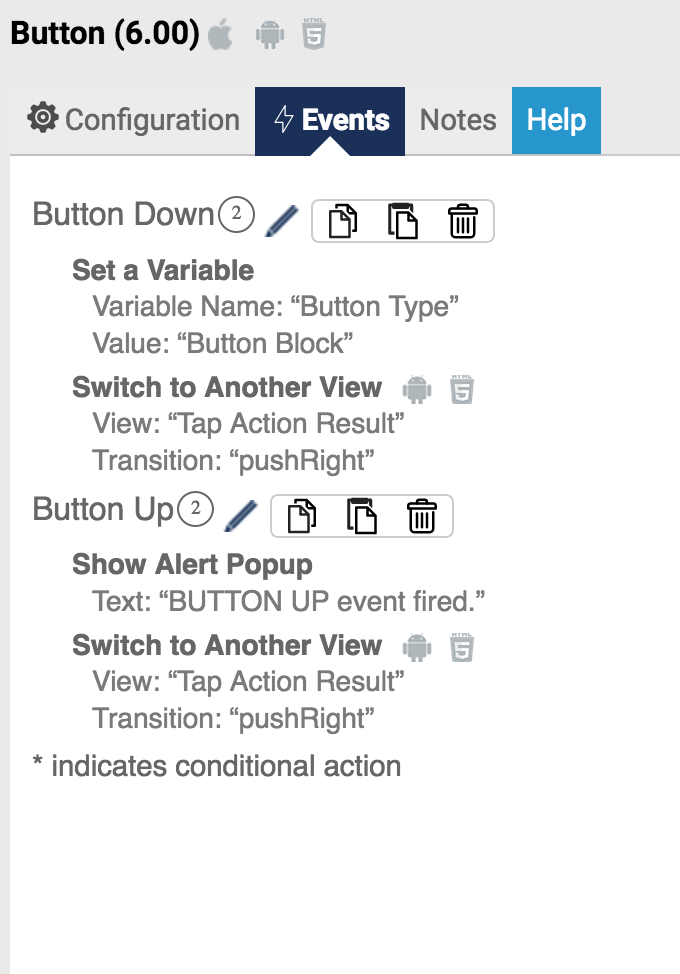 When Button is pressed (finger on the Button) it:

-  Fires the Button Down Event.

When Button is released (user remove their finger from the Button) it:

-  Switches back to the Unselected State
-  Swap back to the Selected Image
-  Fires the Button Up Event.

Providing two discrete Events for the down and up states (as opposed to simply a Tap) allows a button to be used to control state in the system in different ways.

A good example of this would be a Fast Forward button (which is currently supported) that advances an audio player ahead quickly while the button is being pressed, and reverts to the normal play rate when the button is released.

The 'Buttons' tutorial app showcase the implementation for a standard Button

Images:  It is recommended to work with Images stored in

- How to create a Button