How does VARIABLE App Work?

We set the same variable: v_text in 2 different ways.

Using
set
Set a Variable
When the user tap on one of the text block used as button, the 'Set a Variable' action is called to set the displayed variable to either GREAT or COOL 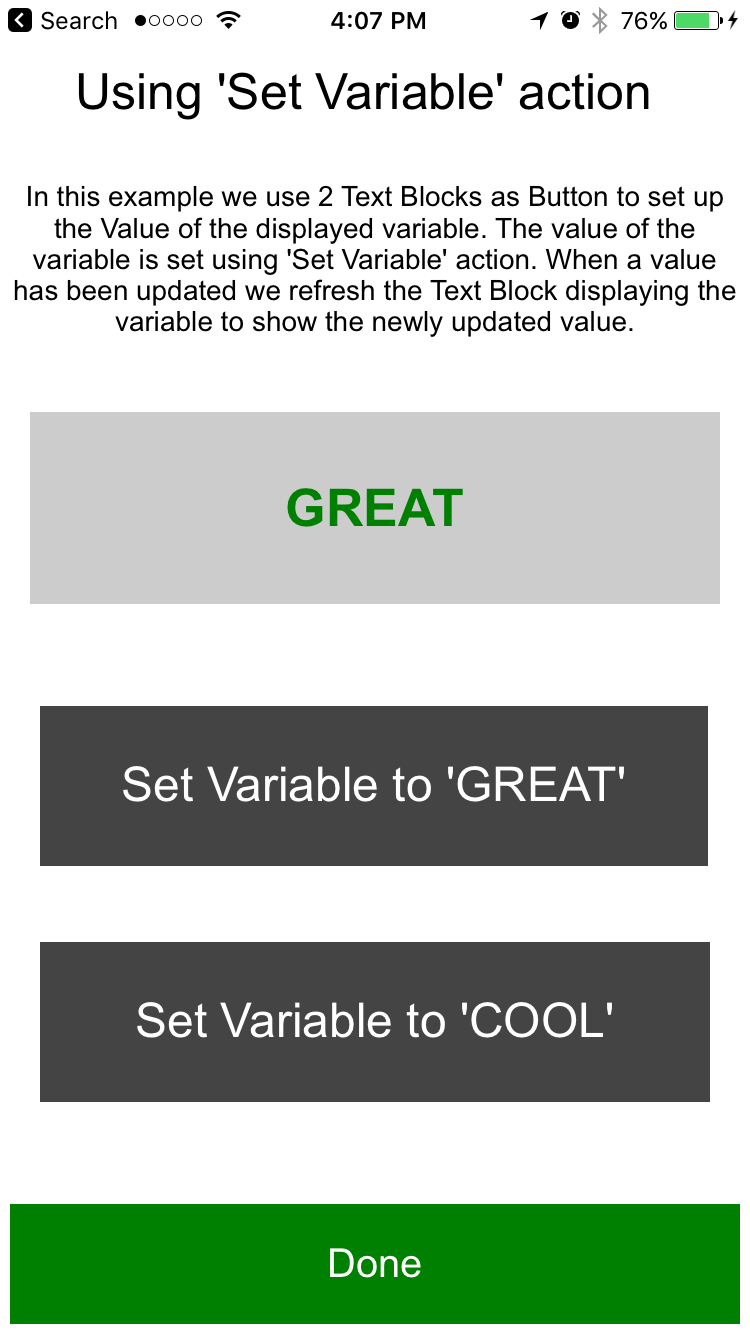 The second action 'Refresh Block' is there to redraw the screen to reflect the change in the variable value.


input
Input Block
In that construct we use the Text Input Block to inform the value of the variable. 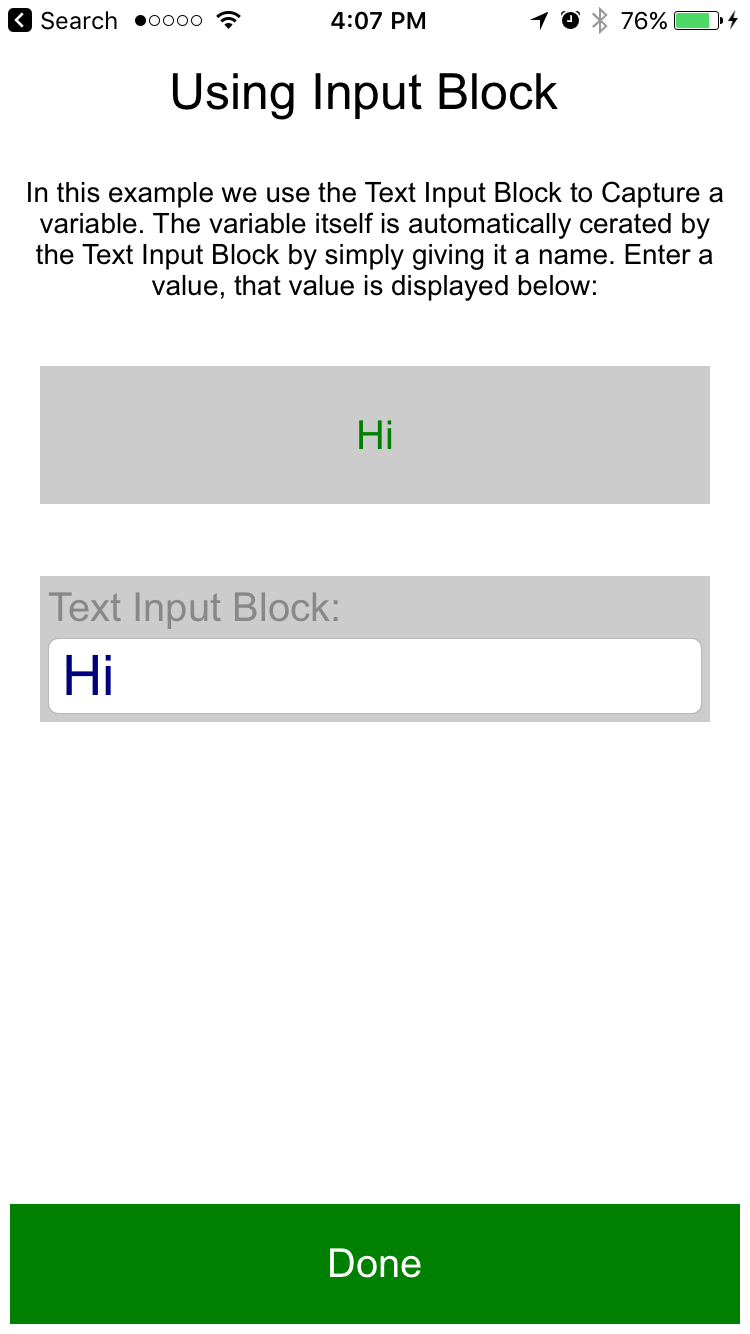 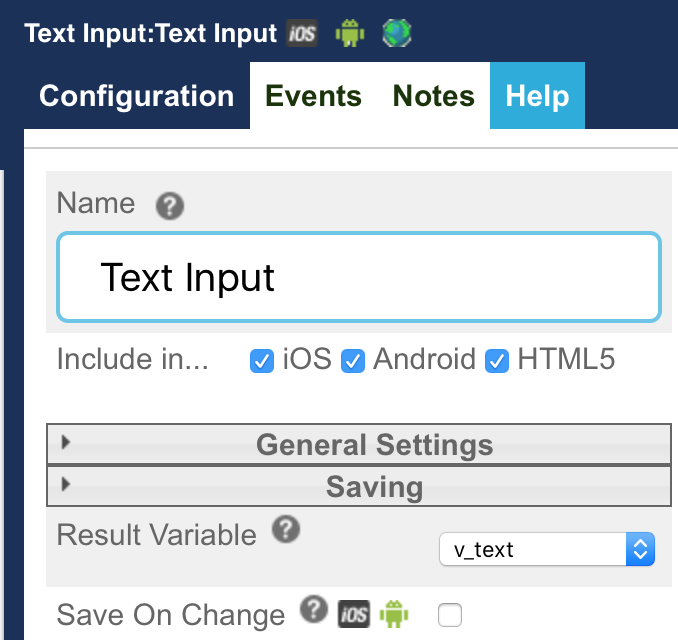 When the user taps 'done' the Done event associated to the Text Input block fires.
We have attached a Refresh Block action to the Done Event to refresh the screen. 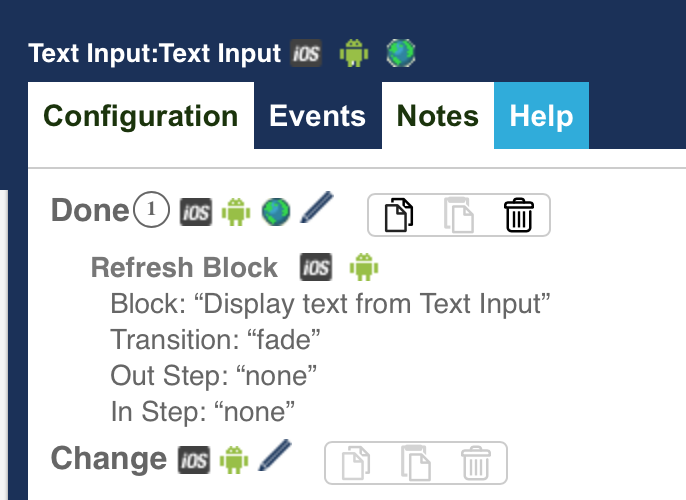