Selector Tutorial app demonstrates how to use the Selector Block to construct a Button with State.

Selector can be used in many different ways, they happen to be extremely useful to represent states.

In this example we showcase a Play / Pause button.

How the SELECTOR Tutorial app Works?

The Tutorial app uses a Selector containing 2 images, one for Play one for Pause.

The state:  playing ~ Pause is stored in a variable called 'PlayPause'

Each time one of the image is tapped 3 things happen:

How does the Selector work:

Selector looks at an expression (variable, data source, a combination of these) and compares it to a set of Match values.
Here are Selector Setting for the SELECTOR Tutorial app 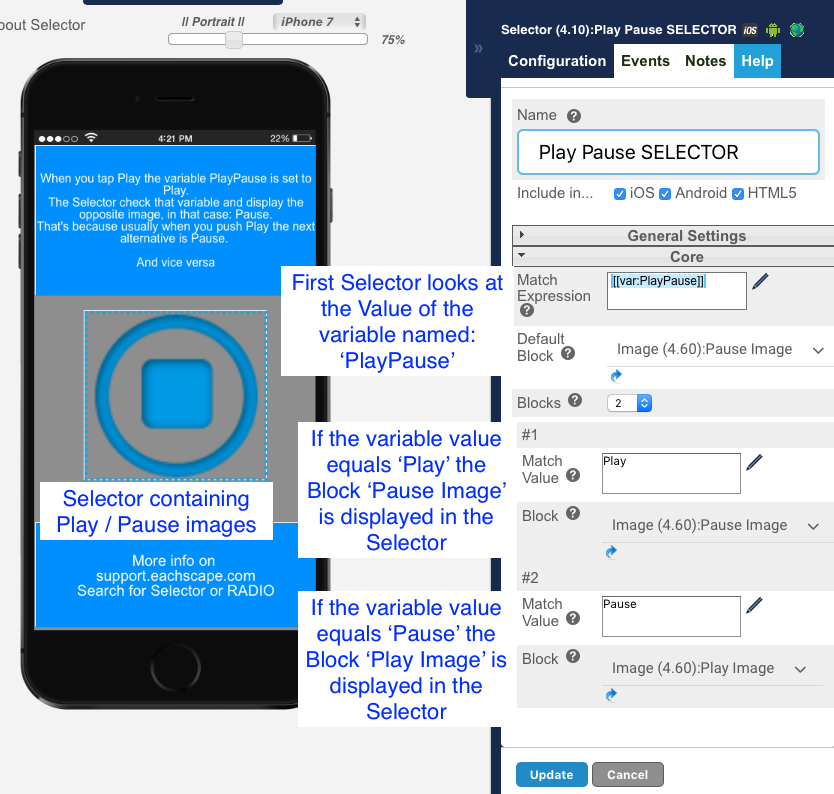