Content Distributions are a way to separate most or all of the app's content from its code. Apps generally gain access to data through local data sources (these are SQLite databases), Live data source (remote) via servers that offer interfaces returning XML or JSON) and the Media Folder.

The content in the Media Folder is locked into the app and cannot be modified once the app is created. The content that is made available via remote data sources doesn't need to be updated: it is a direct service accessed by the app and provides data in real time. Thus, the only thing Content Distributions addresses is On Device SQL Database (local data sources). 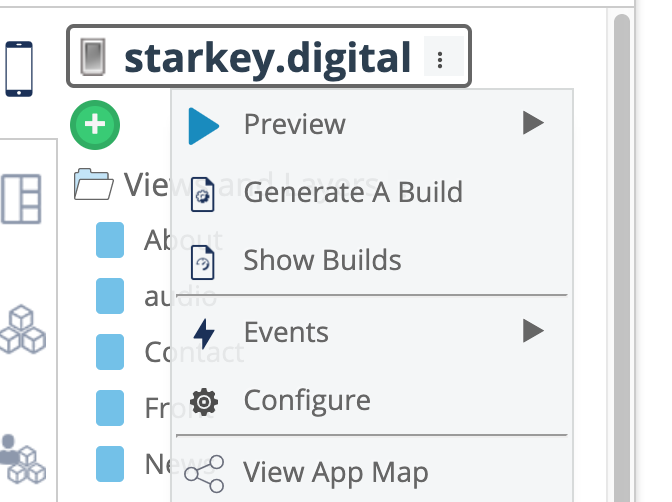 Please note that Web apps do not support Content Distributions at all.

Apps also look for patches at the following times:

In no circumstances does the user see any UI while the patch is downloading, aside from a network activity indication on the iOS Status Bar.

The patch will be applied when the app starts up. To "expedite" the process we currently cause the app to shut down when it's heading to the background. That way the app is assured of starting up with the fresh content.

The Content Distribution itself is created when the app is generated.

For Android apps the Content Distribution takes the form of an "Expansion File" which at the time the app is distributed must be uploaded to the Google Play store. During the testing of ad hoc builds, the file will be hosted by EachScape.

For iOS apps, the content is always hosted at EachScape.

For example, if you have specified "download=true" or "download=original" then those files will be included in the Content Distribution. Read below for more details about these two options and patching.

Android apps currently don't support patching Content Distributions but they will in the future.

After the patching has occurred, the app will continue to use the old content until it restarts. To this end, iOS apps currently shut down when they are sent to the background if a patch has been downloaded but not applied.

As it's desirable to minimize the size of patches. If you intend to enable patching of Content Distributions within your app, you should avoid using download=true and always use download=original. The reason is that download=true tends to change the names of files around each time the data source is created, causing the system to think a greater number of records have changed.