Replacing a feed name by a variable.

Using a Variable for a Feed

This is a technique to use multiple data sources (feeds) within a single statement.

This is more for the advanced user.

Say you have four feeds:

You can state this as

In the app there is a list of all the states. Let's say the user taps on Arizona in the list. When they tap on Arizona we set a variable for that state using the action "Set a Variable". This sets the value for "state" on whatever value you assign to it. 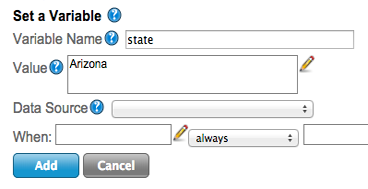 This will set the Variable "state" with the value of "Arizona".

Whenever you point to one of the state data sources in the App Studio it will first look something like this: [[ds:/arizona/entry/title]]

In the Block we edit the value to look like this: [[dsv:/state/entry/title]]

Now any value assigned to the variable "state" will pull in the right data source for that value. 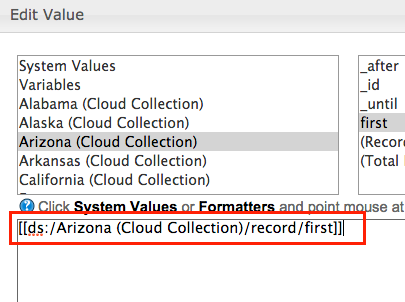 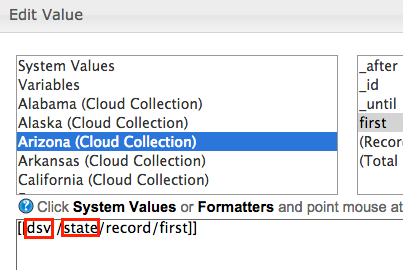 Now any state the user taps on will use the right state data source from many to pull the data into the app.