How to generate the Source Code

You generate the source code from a Build.

Once you have created a build a button 'Generate Source' will appear under the QR code which lets you install your app. 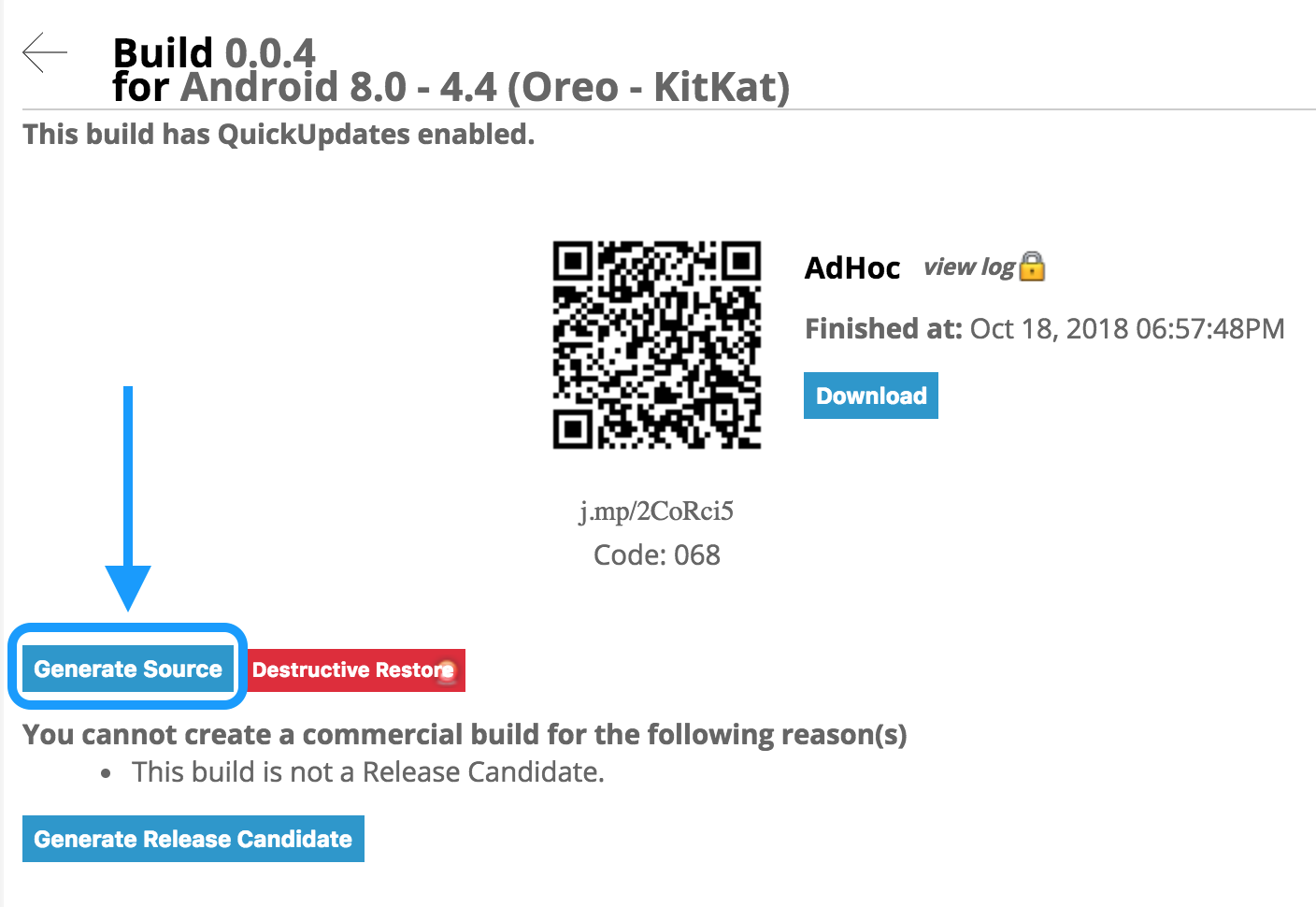 Tap Generate Source to get the code.

Typically Developer Account doesn't allow the generation of the source.