Introduction
EachScape apps can be configured to use 3rd party Analytic systems, such as
EachScape integrates and maintain these 3rd party SDK.
These integrations depends on the plan you subscribe to.
EachScape Reporting Set Up

To turn on EachScape reporting: 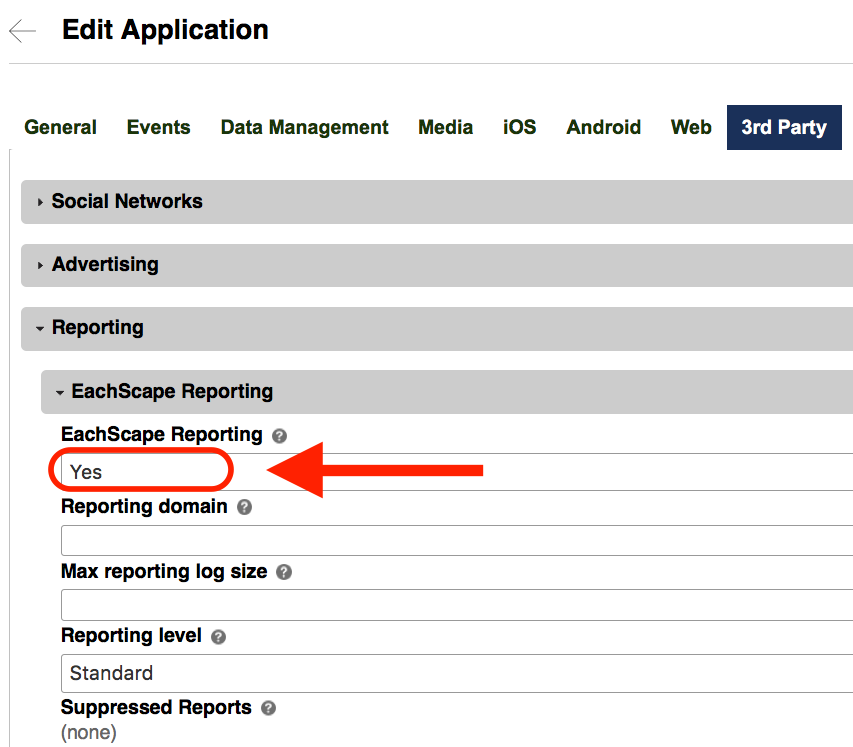 Unless you configure reporting, your app will have none. Read the following sections to determine the relevant information needed to add tracking to your app.

EachScape reporting has an asynchronous nature, so reports are delayed in arriving at our server.

The logging capabilities of EachScape apps relies on capturing small bits of information as users progress through the app and then intermittently sending that data up for analysis. This results in an asynchronous reporting environment, which gives it some distinct differences from web reporting.

These two characteristics, potentially inaccurate timestamps and buffered transmission of reports, result in a few scenarios that the reporting system must deal with.

Due to the buffering of reports, they may not be delivered until a subsequent session of the app, and then only if the network connectivity is present. Thus activity for a given day might not arrive on the same day it occurs. This can result in report data for a particular day changing over time: The data for July 1 can start to appear as early as June 29 and will continue to update until July 28. Also, the actual report data is analyzed overnight, so the data received on July 28 will be incorporated into the reporting system on July 29.