Generate an App for Enterprise Users

When your app is ready or at least when you want to install it on a device you need to Generate your app.

Generate will create a Build that you will be able to install on iOS, Android or run as HTML5.

Note that to install on iOS you need to have an iOS provisioning.

Unfortunately that's not the easiest thing to do.

To start you might want to Preview your app on screen or use a simulator. 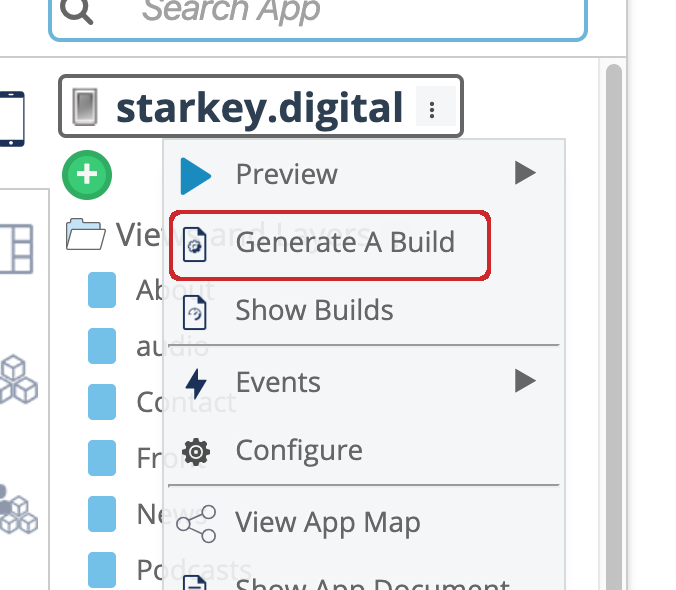 Choose the target you want to build for. 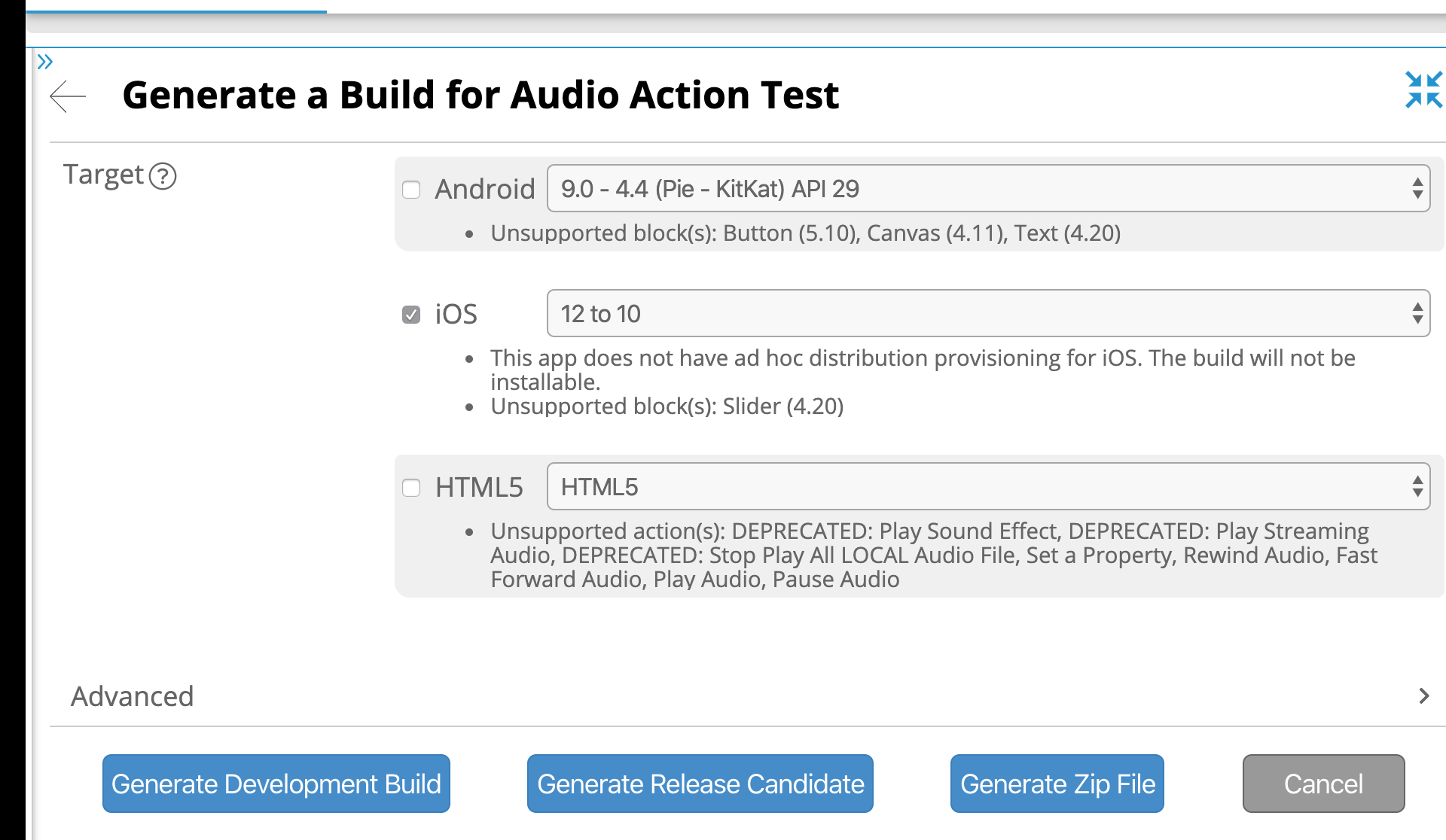 "Generate" This option lets you see most incremental changes to the app without rebuilding it. It is only used during the development phase of your project.

Once you Generate an app you will see receive an email that your app is ready to install or view.