Solution home Documentation Advanced How To

How to set up alert prompting a user to rate your app after launching the app 3 times:

*This article references iOS and iTunes Store. If you are developing for Android just substitute android for iOS.

SET UP A LAYER:

We First need to set up a Layer that will pop up to prompt the User to Rate the app now or later: 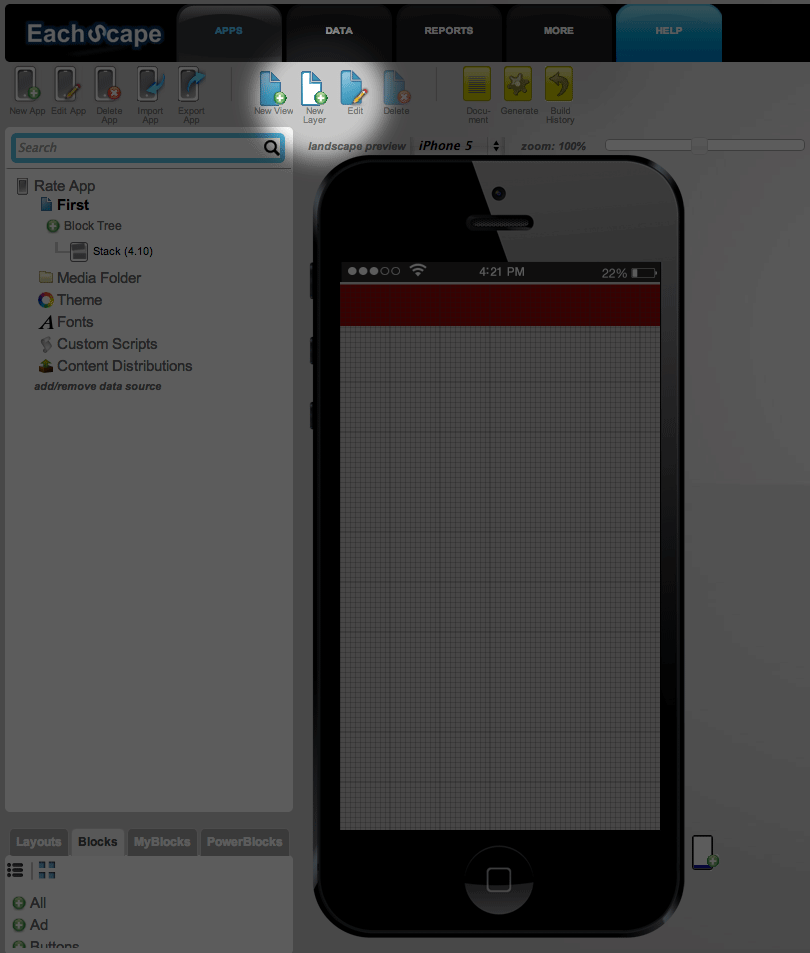 Now that your Layer is all set up, we have to head over to the 'Edit App' section to create the logic for when to prompt the layer to be added and bring the User to the iTunes Store.

Now we can generate the app and see if it is working.